Each year, I like to designate a race for fundraising and charity. Last year, I participated in the NYC Triathlon as a member of the Autism Speaks Team.  I raised over $2,300 and as a whole, the 11 member team raised over $26,000!  I documented the race journey in a video, you can watch here:  https://vimeo.com/102575538 .  The experience was phenomenal and something I hoped to repeat in the near future.

With that hope in mind, I began searching for a new fundraising opportunity.  I began to brainstorm on organizations that impacted my life and those around me the most.  I ran through a laundry list of diseases and problems in the world. None seemed personal enough.

A bike ride (all good ideas come during a bike session…something about the cyclic motion of the legs that my mind seems to mimic like a hamster on a wheel) I came up with a brilliant idea.

There are people in the world that work to make a difference, not just in their own lives, but for the greater good of the human race.  They give so much of their lives that we often forget about their sacrifice and hardships.  For me, this person is one of my closest friends, Victoria.  The label “friend” is not an accurate descriptor, she is family or as she calls it, “framily”  Last year, she and her wife, Christy, took on the state of Virginia in a class action lawsuit, fighting for equal rights of same-sex couples and the right to marry. Nearly a year of their lives were dedicated to this effort.  Press conferences, phone calls, interviews, more press conferences, court date after court date after court date.   Not to exclude lovely bouts of hate mail. All their efforts and sacrifices resulted in a victory that changed the lives of so many couples in many states….their fight changed my life.  Because of them, I am legally married in my home state and with that, I am equal to my neighbors.  I cannot thank them enough.

So during this bike ride, I decided to dedicate my charity race this year to Victoria, who in the past couple years, suffered a near fatal stroke.  Had this disaster resulted in an unimaginable fatality, I’m not sure where the state of same-sex marriage would be for the state of Virginia and West Virginia.  Furthermore, I’m not sure my life would be as interesting, nor would I be so inspired be a positive impact on this world.

So I’m proud to announce that this year, I will be teaming up with my inspirational friend, Victoria, to raise funds for the National Stoke Association. And as luck my have it, I will return to NYC on July 19th to participate in the NYC Triathlon once again, but this time, racing for the National Stroke Association team and spreading knowledge about stoke, symptoms, and prevention! 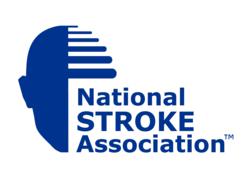 One thought on “TRI FAST for Stroke and Returning to NYC”

Shout out to @therealbehaviorman and his #attentionseekingselfie from the gym tonight!
Went for a run. Spent more time taking pictures than I did running. Totally worth it. #running #runnersofinstagram #followyourpassion
Race day with @tworiverstreads! #theransonmile #run #running
Video feedback can be a very useful tool to improve skill and performance! Can you notice any errors? I can! #behavioranalysis #scienceofhumanbehavior #tri #tritraining #tri365 #swimbikerun
Testing out some awesome paddles from the design brain of husband of @anesadoyle! Freestyle stroke is looking better every day! #tri #tritraining #triathlon #swimbikerun
Data driven training is an effective way to measure changes to fitness and performance over time. Tracking heart rate and power outputs over time are two types of measurements! What types of data do you use to track performance? #datadriven #behavioranalysis #incurabledatageek #aba #datadriventraining